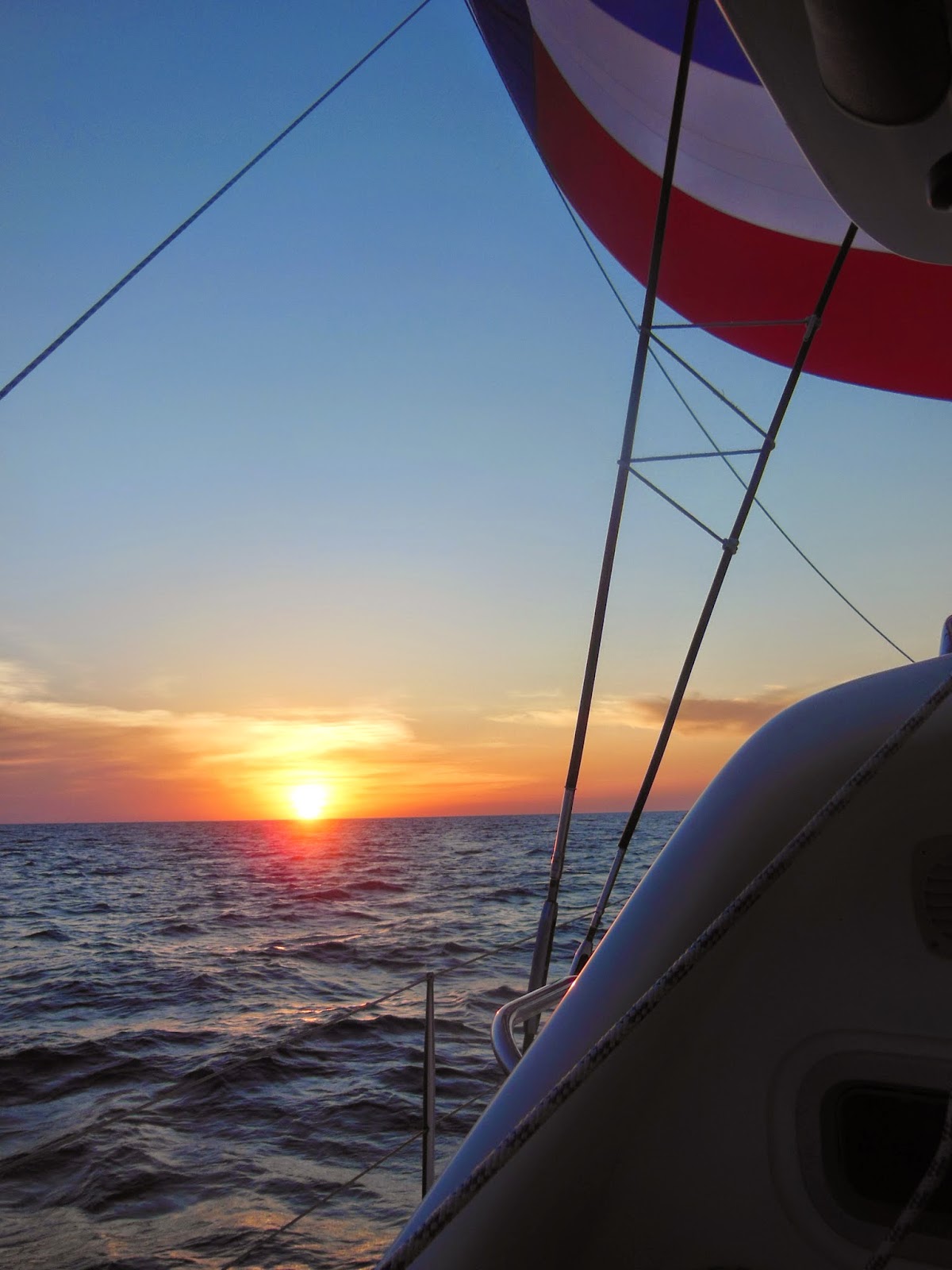 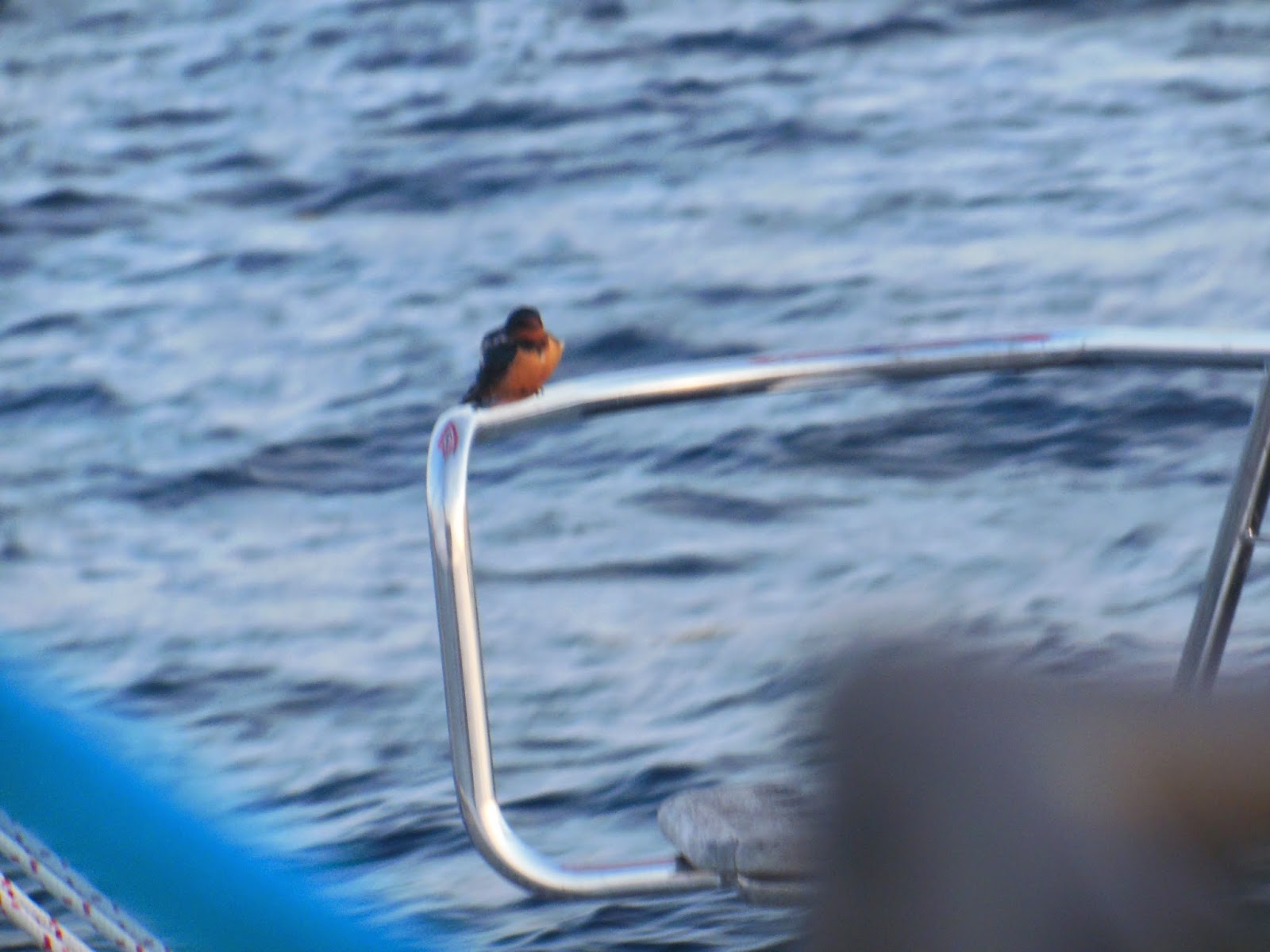 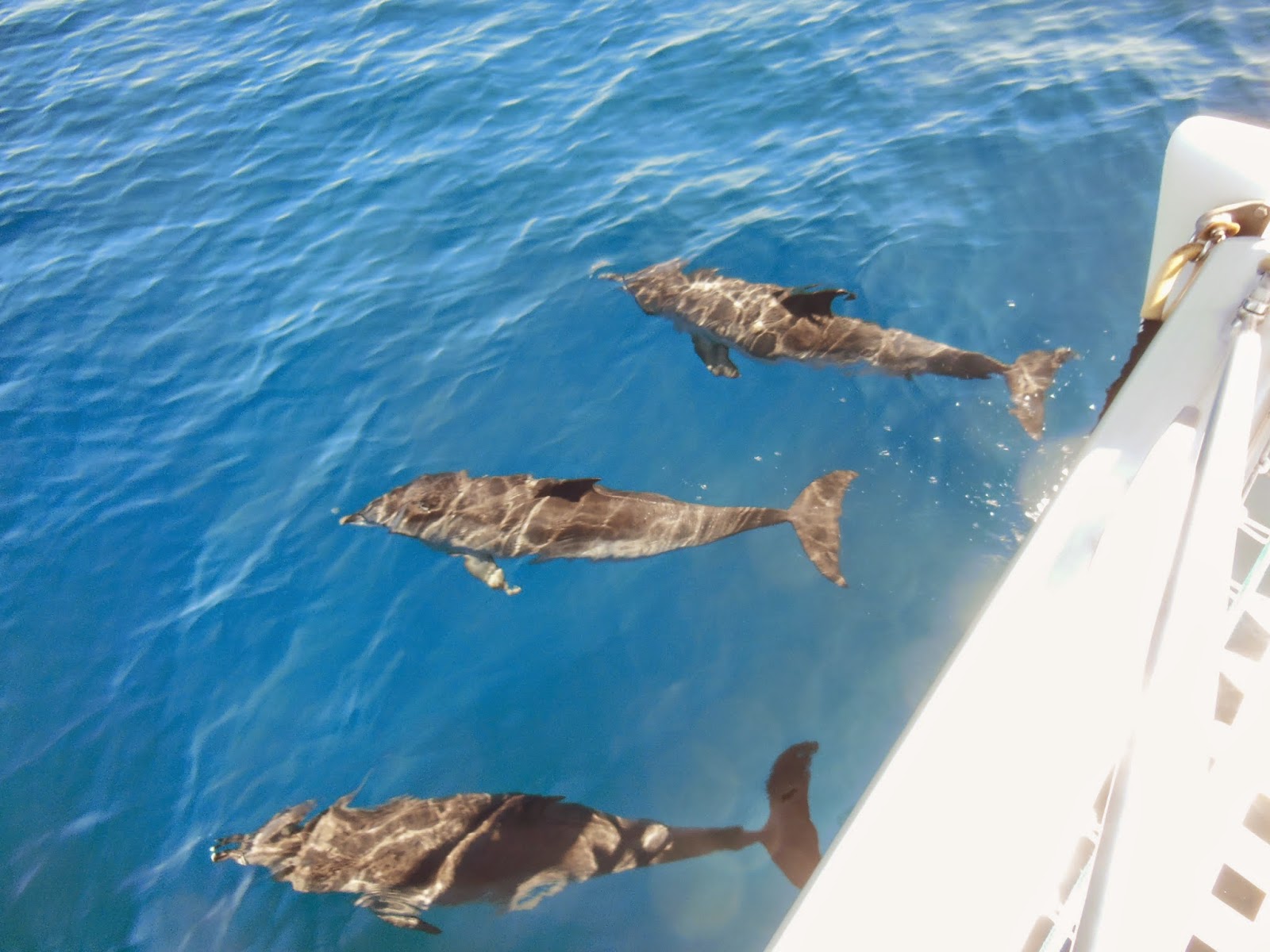 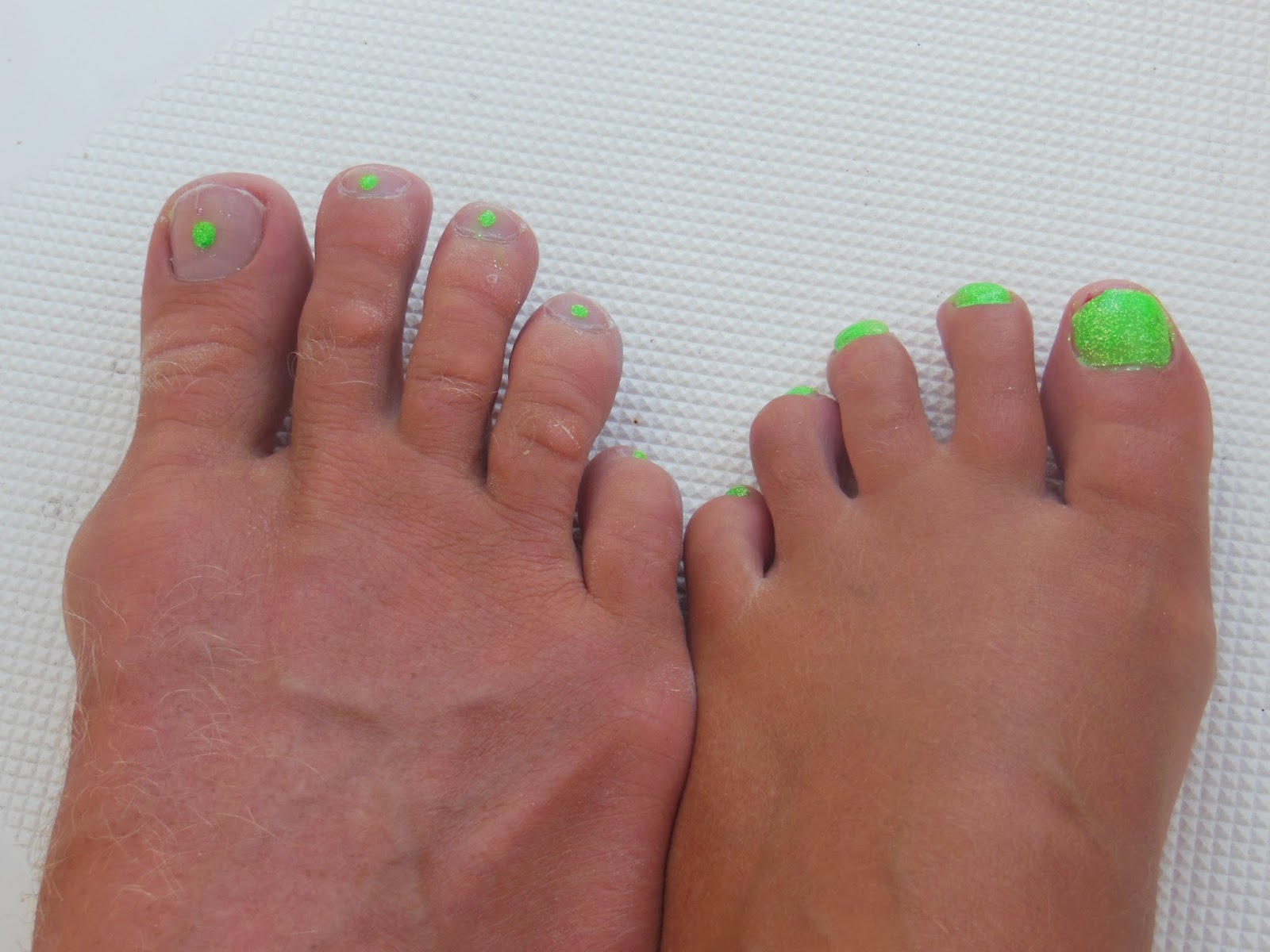 Every weather forecast we checked - and we checked a lot - indicated it would be the perfect crossing.  Winds from the east at 10-15 or a steady 15 knots.  It would be great.  Enough to keep us moving at a steady 7-8 knots (absent gulf stream current) while not being too much.

There was just one problem.  The forecasts - all of them - were wrong.

We left Great Sale Cay just before 1am.  The wind was as promised and we clipped along at a pleasant pace until sunrise.  Then the wind faded and we spent the day motorsailing trying to make progress back towards the US.  It was well past darkness had fallen again before the wind once again filled and we had reached the full effect of the Gulf Stream.  So for a good portion of the evening we clipped along at a pleasant 8.5 - 10.5 knots making up for some of the precious slow speed of the day.

Yet again before daybreak the wind would quit and our speed would slow. Being absent wind and surrounded by water you can't help but start to feel some cabin ocean fever set in.  Just before sunset a small bird found us and after circling the boat for over 30 minutes decided we were his best bet for rest and shelter for the evening.  He found a perch on top of the hardtop for the evening.  We put out some water and crackers for him, but he wasn't interested in the hospitality.  Come morning, he settled himself out onto the bow before taking off for another day of travel.

As daylight became mid-day the silence of the sea was disrupted by a group of dolphins who, like us, were looking for something to do and decided swimming with the 'Breezer' would be a fun way to spend some time.  They swam along with us for 15-20 minutes before growing bored and seeking alternative forms of entertainment.

Like them, the Captain and I were getting antsy.  There was still little to no wind and the engines as well as a bit of tide propelled us but not to the speed we'd like.  With nothing else to do we turned on the tunes and began singing and dancing our way across the miles.  When that just wasn't enough, I got a bit creative with nail polish and did not only my toes but decorated the Captain's as well.

As you can imagine, we were happy to make landfall.  After months in the Bahamas coming back to the conveniences of the US is always a treat.  At least for a little while, then we will be ready to escape back to the Bahamas once again.

Posted by Captain Dave and Admiral Joanne at 5:47 AM No comments: 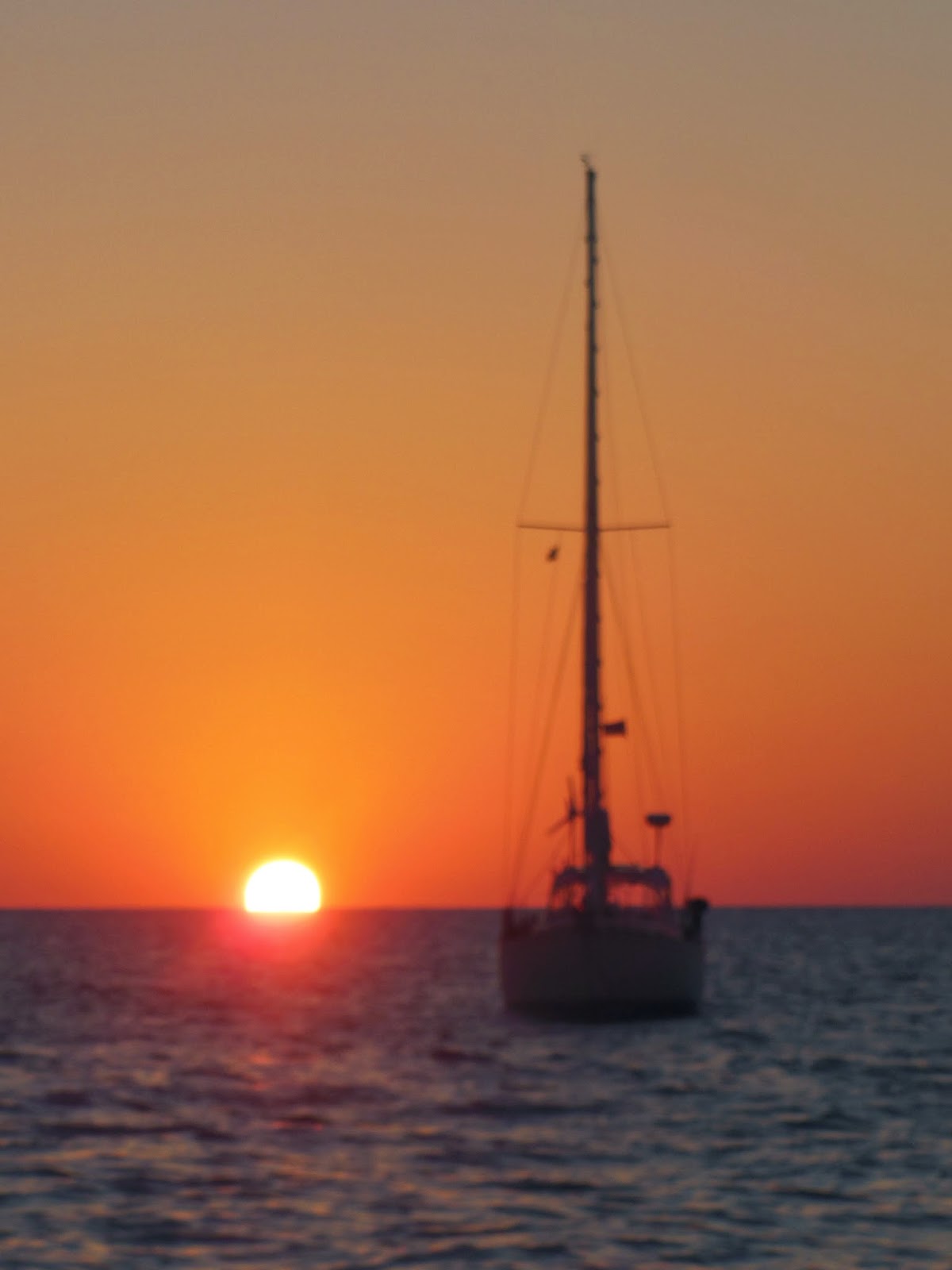 From Treasure Cay we made our way north and west to position ourselves for crossing back to the US.  It was here, at Great Sale Cay, that we  enjoyed one last Bahamian sunset for the season.
The Admiral﻿

Posted by Captain Dave and Admiral Joanne at 3:13 AM No comments: 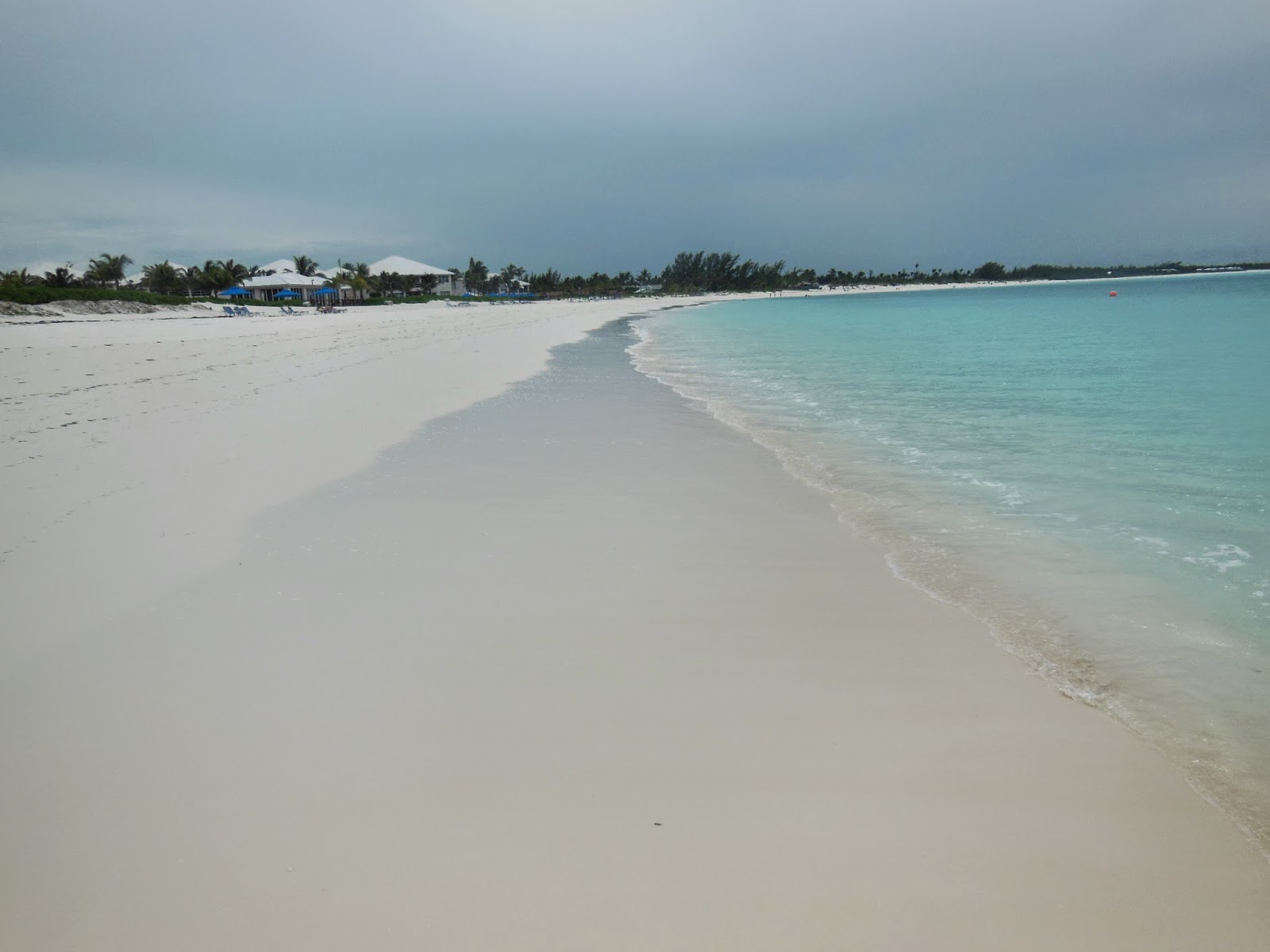 There is a reason the beach at Treasure Cay is considered one of the top 10 beaches in the world. The fine granules of sand are like a soothing powder as they sift between your toes.  The waters are warm and crystal clear.  The view, spectacular.
After a long walk on the beach, we stopped at the beach bar for our favorite - frozen mango daiquiris - and then lounged in beach chairs underneath a palm umbrella sipping drinks and enjoying the view.
Just another day in paradise!
The Admiral﻿

Posted by Captain Dave and Admiral Joanne at 5:00 AM No comments: 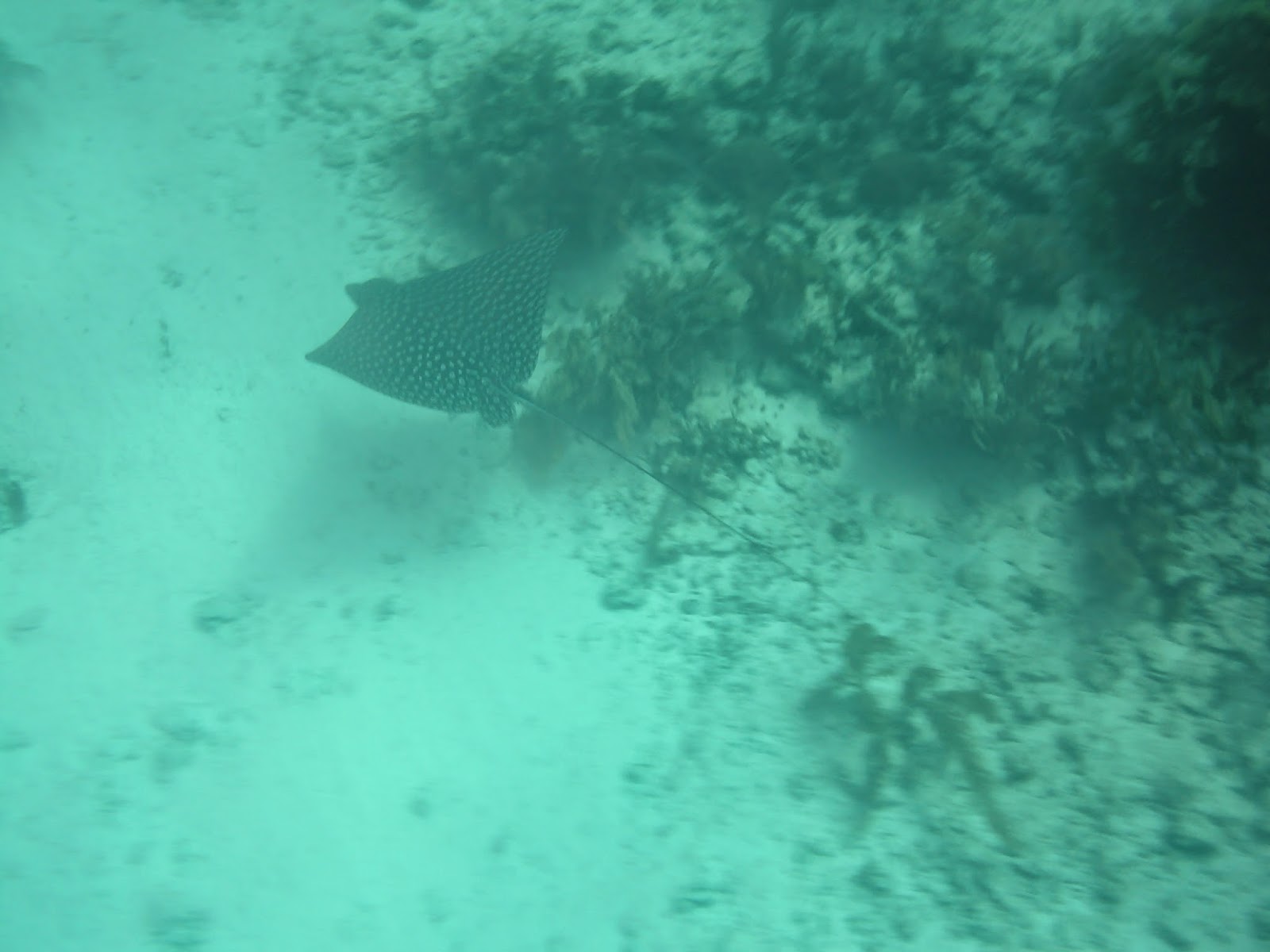 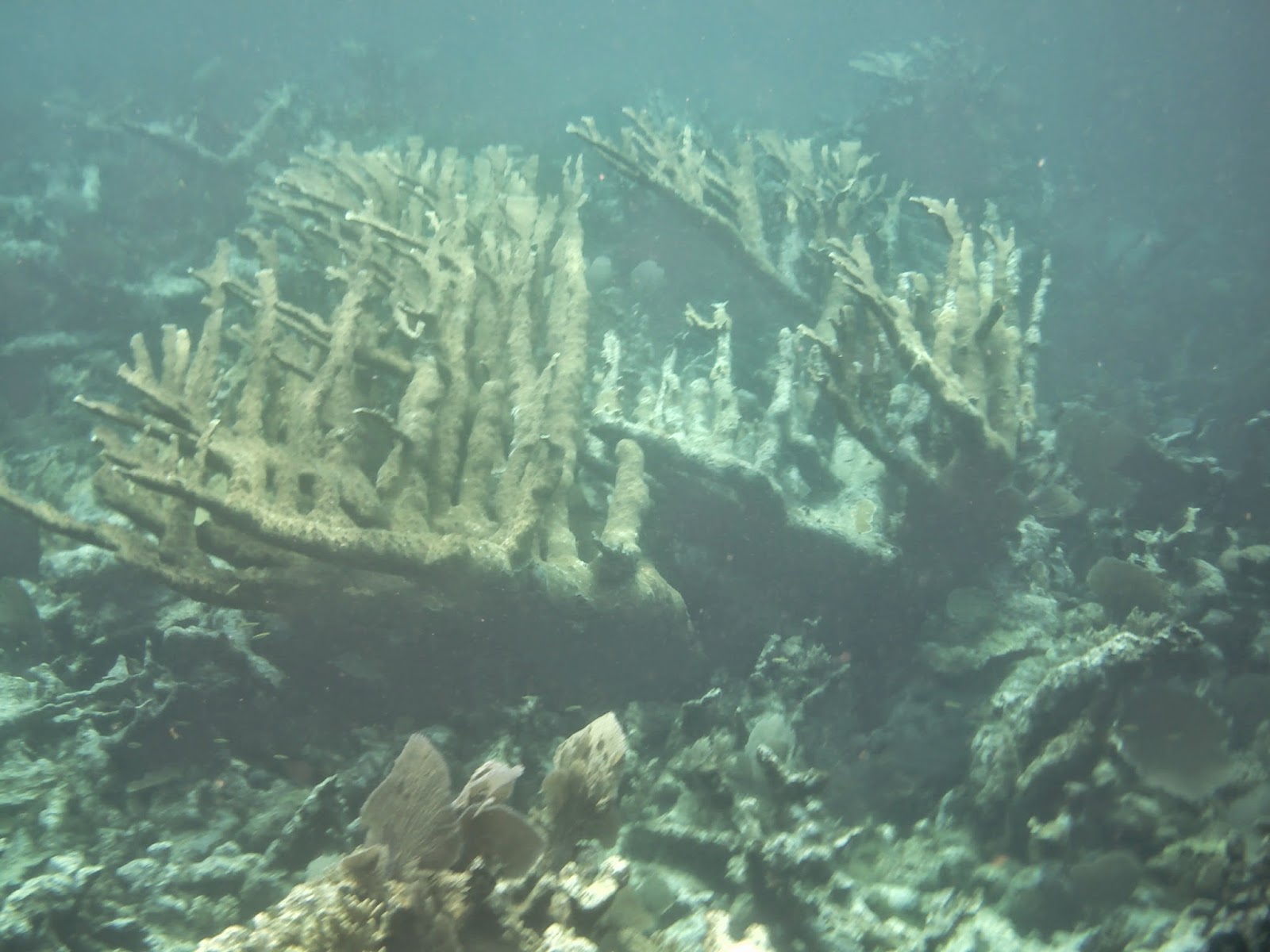 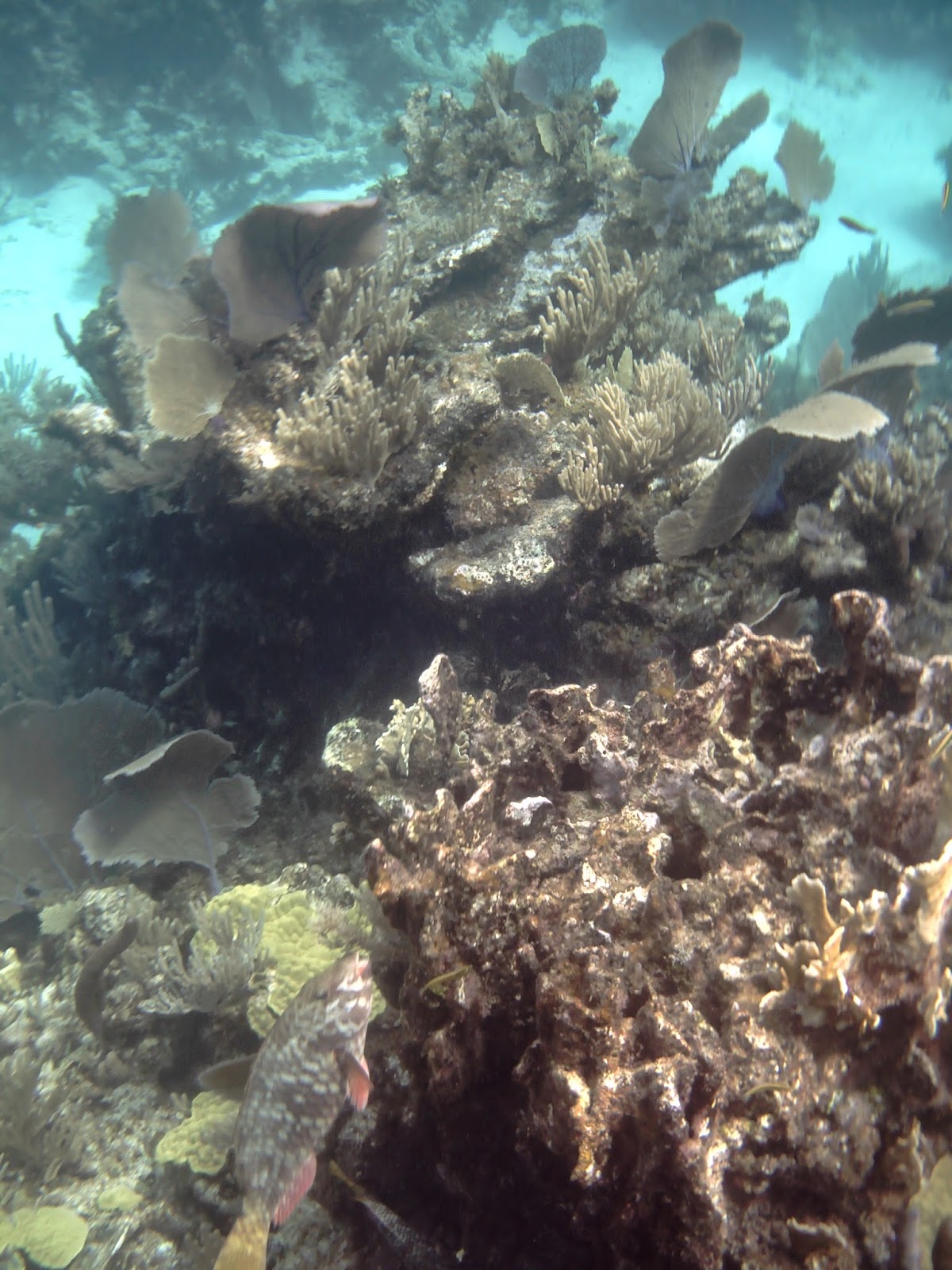 At Sandy Cay we enjoyed snorkeling around the amazing coral heads.  Some of the trunks of the coral were as large as trees.  The highlight of the day was the spotted ray we found swimming along the sea floor.

The Admiral
Posted by Captain Dave and Admiral Joanne at 7:37 AM No comments: 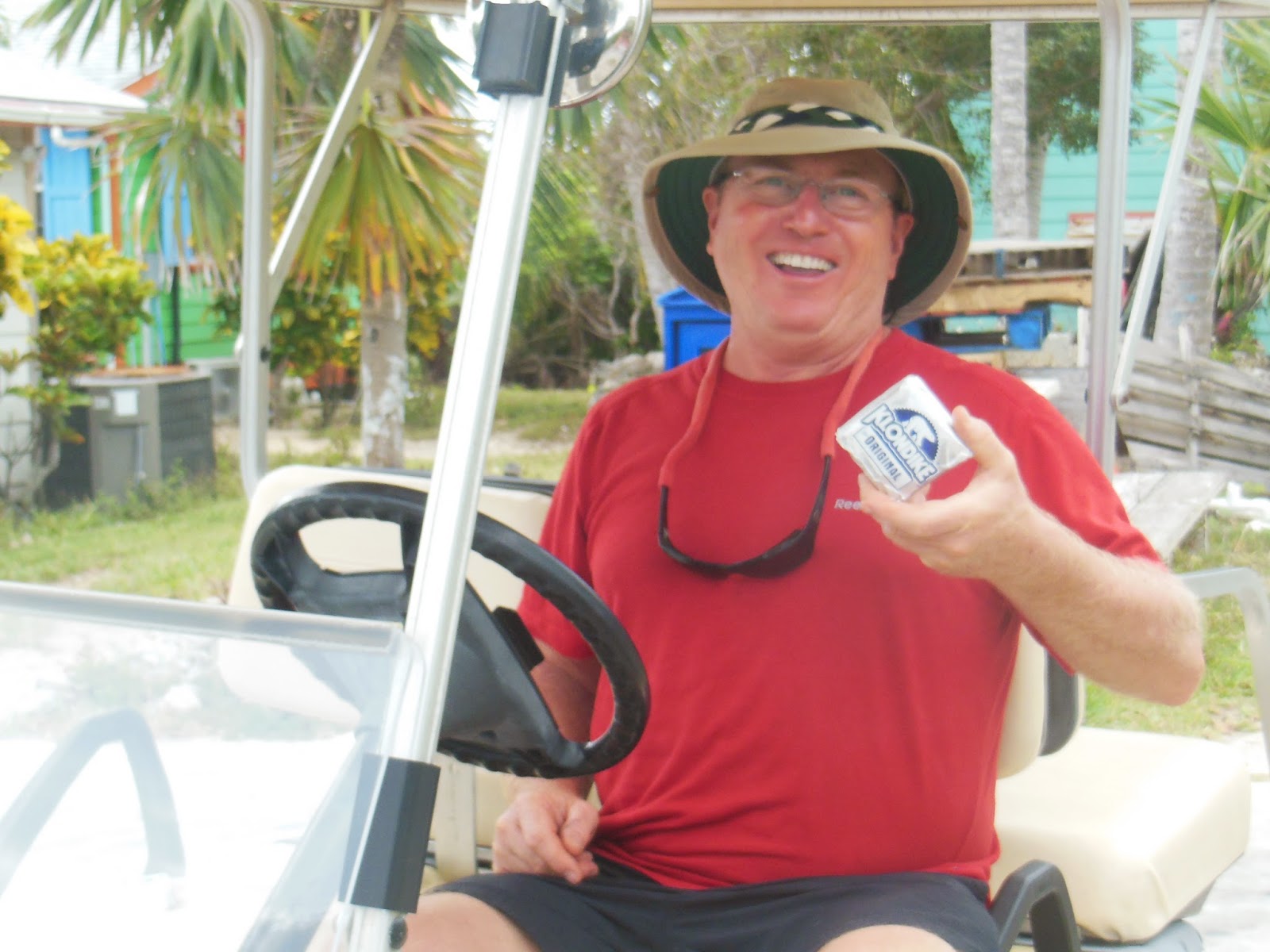 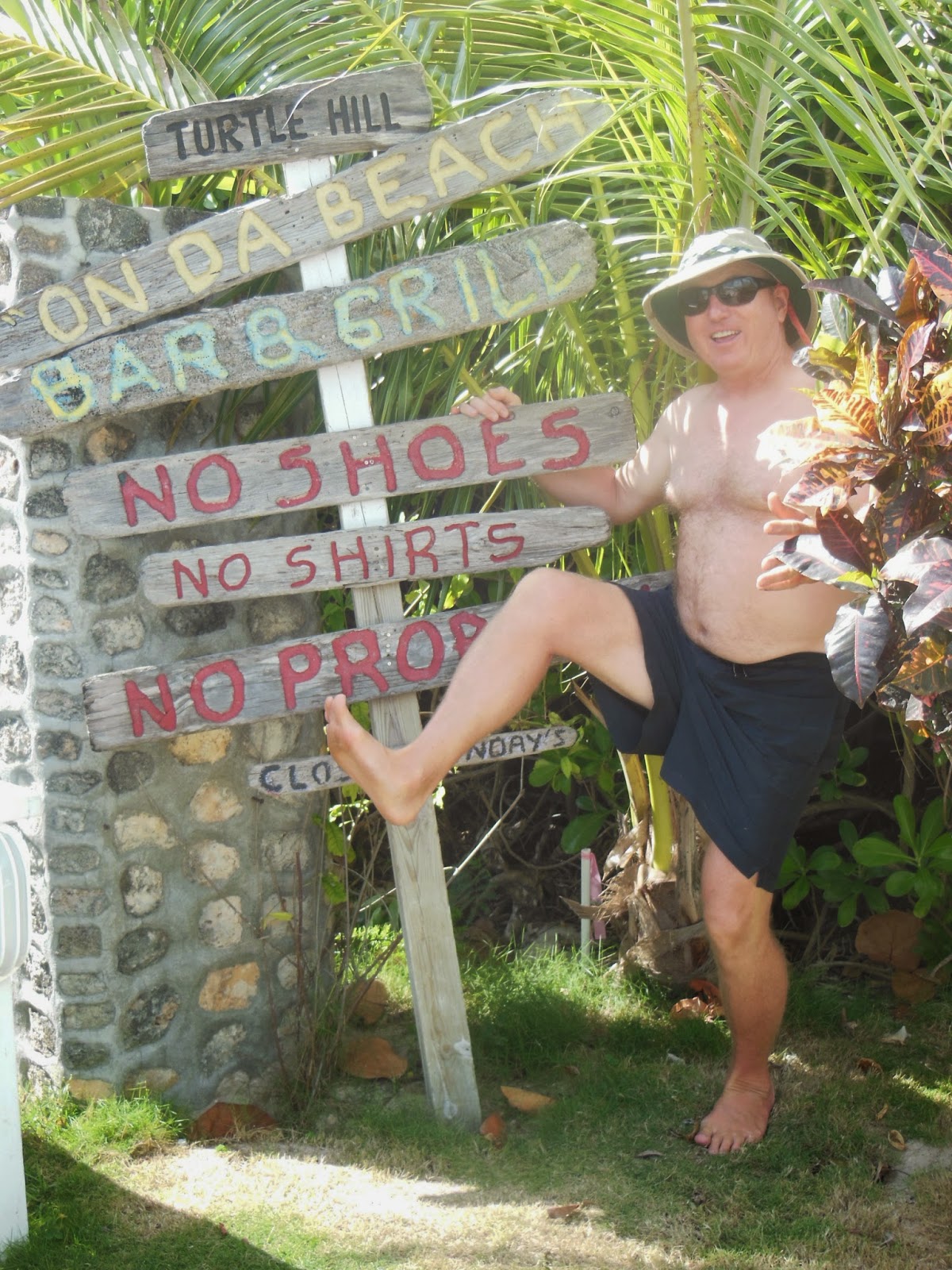 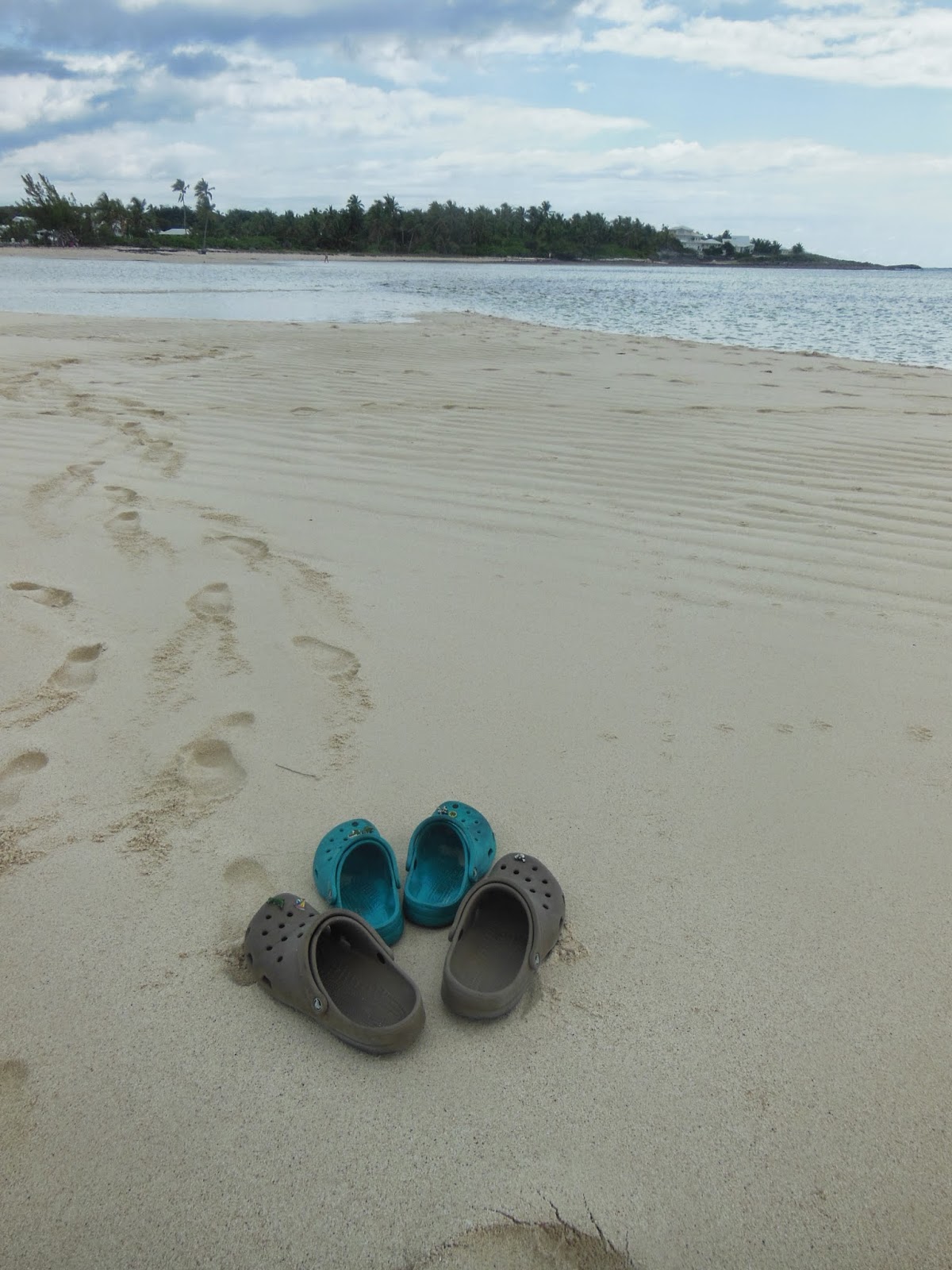 On our second day with the golf cart the we enjoyed cruising Elbow Cay - ice cream, the beach (pictured is the sand bar at Tahiti Beach at low tide) and fun were on tap for the day.
The Admiral﻿

Posted by Captain Dave and Admiral Joanne at 8:43 AM No comments: