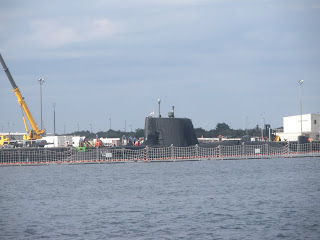 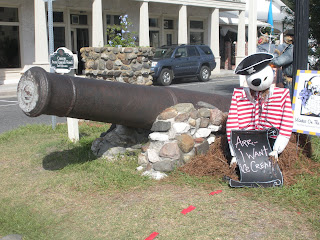 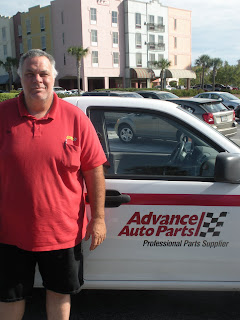 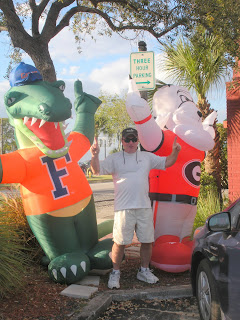 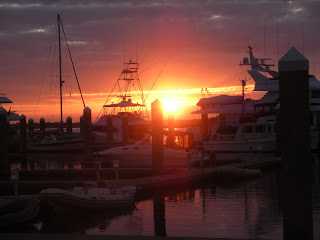 From Jekyll Island we continued south passed the submarine station. For the first time ever, there was actually a submarine in port. The home port of the sub remains a mystery as neither the Captain nor I recognized the courtesy flag it flew; it was not a US ship.

Turning up the St. Mary's river, we made a stop in St. Mary's Georgia. Here we enjoyed all the Halloween decorations that were out with the Captain particularly taking an interest in a pirate in search of ice cream. We did a bit of shopping and stepped into our favorite used bookstore to mull around a bit and signed the wall of the boater's room.

The next stop was Fernandina Beach and - yes - Florida! Here we had a very important purchase to make at the Advance Auto Parts store. One of the engine start batteries failed and we'd been motoring along with only one engine, unable to start the other. The team at Advance was great. We bought two batteries - one replacement and one spare. They delivered them to us right to the dock. Thanks so much!!!

With the chores out of the way, we enjoyed some window shopping around town. The Bulldogs and Gators were playing - quite the rivalry - and all around town people were dressed in colors supporting either their Georgia or Florida team. The Captain decided to get into the action also, and did a photo opp with the team's mascots.

So we made it to Florida. A bit of a push, but it certainly felt great to be in the Florida sun.

The Admiral
Posted by Captain Dave and Admiral Joanne at 11:10 AM 1 comment: 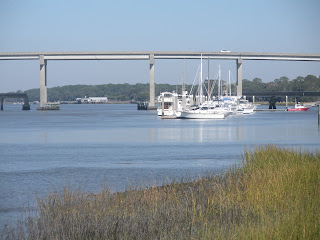 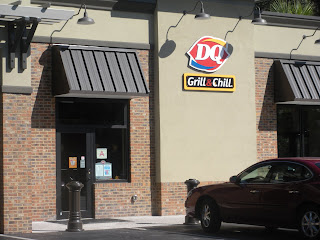 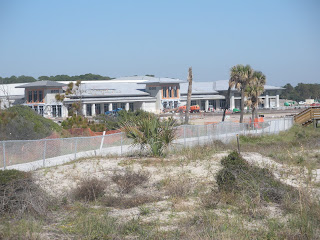 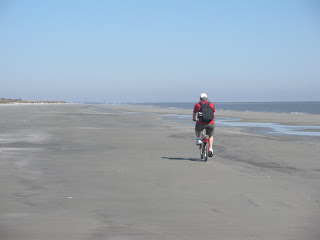 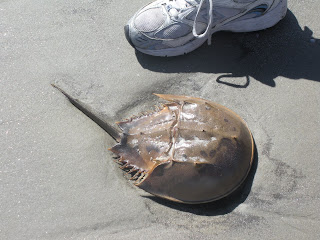 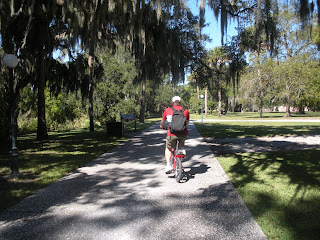 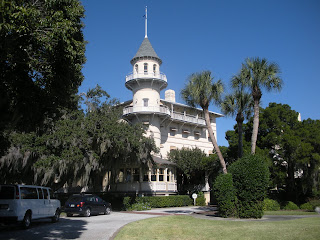 Those of you who have followed our blog for a while will recall that during our stay at Jekyll last year lots was happening. The old gas station had been torn down and a new gas station/convenience store was under construction. The old strip mall housing the grocery store and gift shops had been demolished and the merchants set up in temporary trailers. Lastly, we were one of the last people to see the old convention center as it was scheduled to be destroyed the day we were there.

Well, I am happy to report that lots has been happening and it is all good - make that great!! First (and most important in the Captain's eyes) is that the new convenience store / gas station opened for business in February 2011. But know that this was not just any ordinary gas/convenience store as it housed.....wait for it.... a Dairy Queen. Yes, a Dairy Queen. So you can imagine where our first stop was on our arrival at Jekyll. Afterall who can pass up a blizzard treat. We were going to earn it, after all, with our pedaling about the island.

But there is more! The grocery and shops were still housed in their temporary location, but the convention center....holy cow! We were surprised at the sight and in speaking with a couple of the construction workers it sounds as if the new center will be completed around February 2012. Pretty quick work if you ask me.

No new news on the future strip mall which will again house the grocery and gift shops, but we have no doubt it will come along quickly as the convention center is completed.

As for the ambiance of the island. I know many of the residents, us also, were concerned that with the new construction the island would lose much of its charm. I am happy to report that as of yet that does not appear to be the case. The two lane road with surrounding trees that serves as access to the island remains intact and all over the construction area greenery has been fenced off in an effort to preserve it.

It really is looking great and we can't wait for our next stop at Jekyll to see what more good things have come from the renovation.

The Admiral
Posted by Captain Dave and Admiral Joanne at 4:04 PM 2 comments: 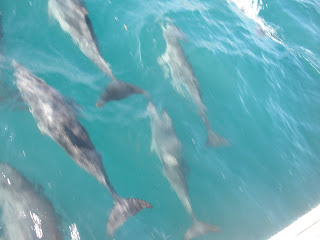 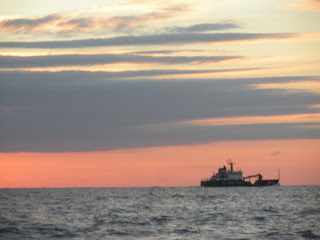 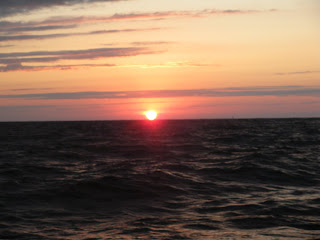 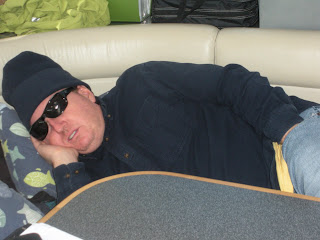 We left Beaufort, NC during twilight, exited the inlet and set the sails. During the mid-morning hours we were greeted by a pod of 15+ dolphins who surfed around the boat. They stayed and played for about an hour and we applauded their performance. The more we applauded the more, it appeared, that they wanted to show off for us. Before we knew it they were leaping straight out of the water doing flips. It was really quite something.

Our journey continued into mid-day then into evening. We continued to move along well passing south of Charleston by the next morning. Then again about mid-morning on our second day another large pod of dolphins discovered us and performed to our delight.

This is our fourth year enjoying the travels south and while we have had groups of 2-3 dolphins swim with us previously, we have never experienced the large pods and the fun and games that they provided.

By mid-morning the third day we were in southern Georgia. No dolphins today, but land ho. We had reached our destination and we were both ready for some shore leave. We'd been aboard since Virginia and we were both anxious to step on terra firma. But first, a good nights rest.

The Admiral
Posted by Captain Dave and Admiral Joanne at 7:43 AM No comments: